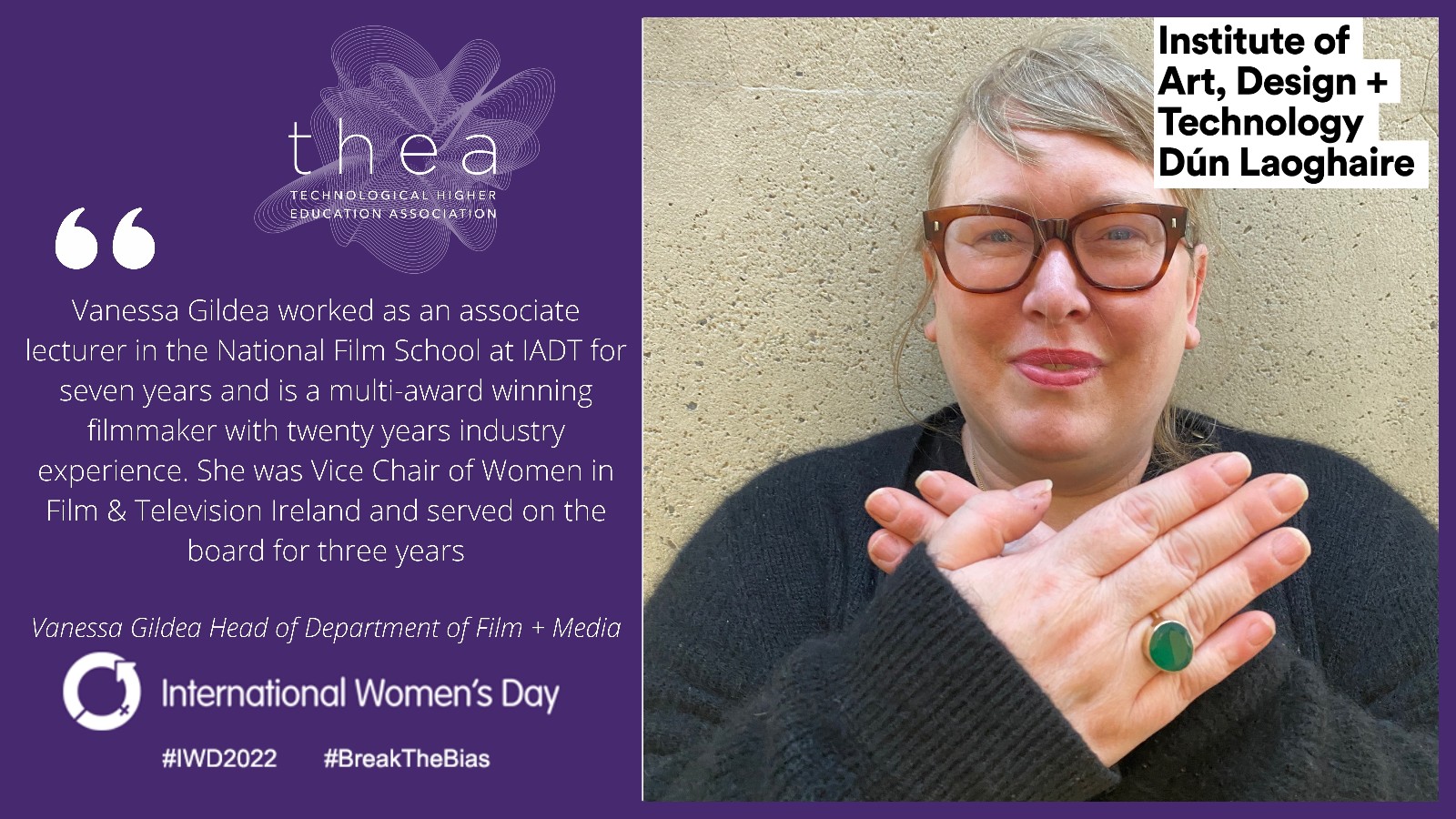 Vanessa Gildea worked as an associate lecturer in the NFS at IADT for seven years and is a multi-award winning filmmaker with twenty years industry experience. She was Vice Chair of Women in Film & Television Ireland and served on the board for three years. Vanessa was recently apponted as Head of Department of Film + Media.  This appointment comes at a really exciting time for the growth of the National Film School and the Department of Film + Media, and signifies a positive move forward for gender equality and excellence in education.  Vanessa believes passionately that the future of film & television must be based on diversity, inclusion and gender parity.