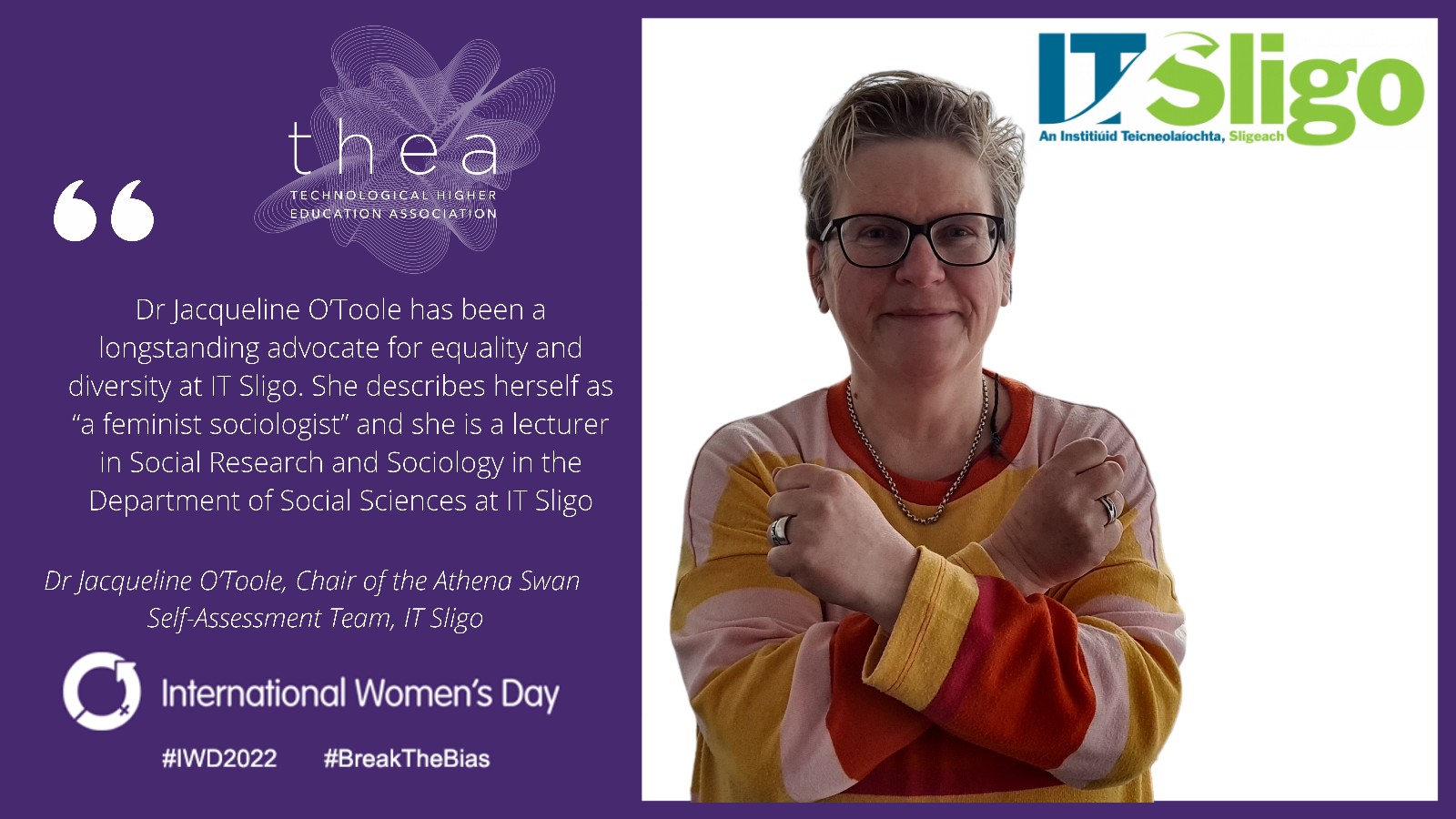 Dr Jacqueline O’Toole has been a longstanding advocate for equality and diversity at IT Sligo. She describes herself as “a feminist sociologist” and she is a lecturer in Social Research and Sociology in the Department of Social Sciences, IT. She teaches modules on a range of undergraduate and postgraduate degree programmes including 'Introduction to Sociology' and 'Gender and Sexuality'. Her research interests are in narrative inquiry; qualitative methodology; feminist theory; critical weight studies; and gender and social care.

In addition to inspiring the next generation to think critically on the issues of gender and sexuality, Jacqueline has led the way in promoting gender equality and equality more generally across IT Sligo when she took on the role of chairing the Institute’s Athena Swan Self-Assessment Team (SAT). Covid 19 might have interrupted our lives over the last two years but Jacqueline didn’t let it interrupt the process of applying for and attaining an Athena Swan bronze award on first appliction.

As Chair of the SAT Jackie continues to drive the implementation of the Gender Action Plan and has been instrumental in establishing both the Women’s’ Network and the LGBTQI Network.