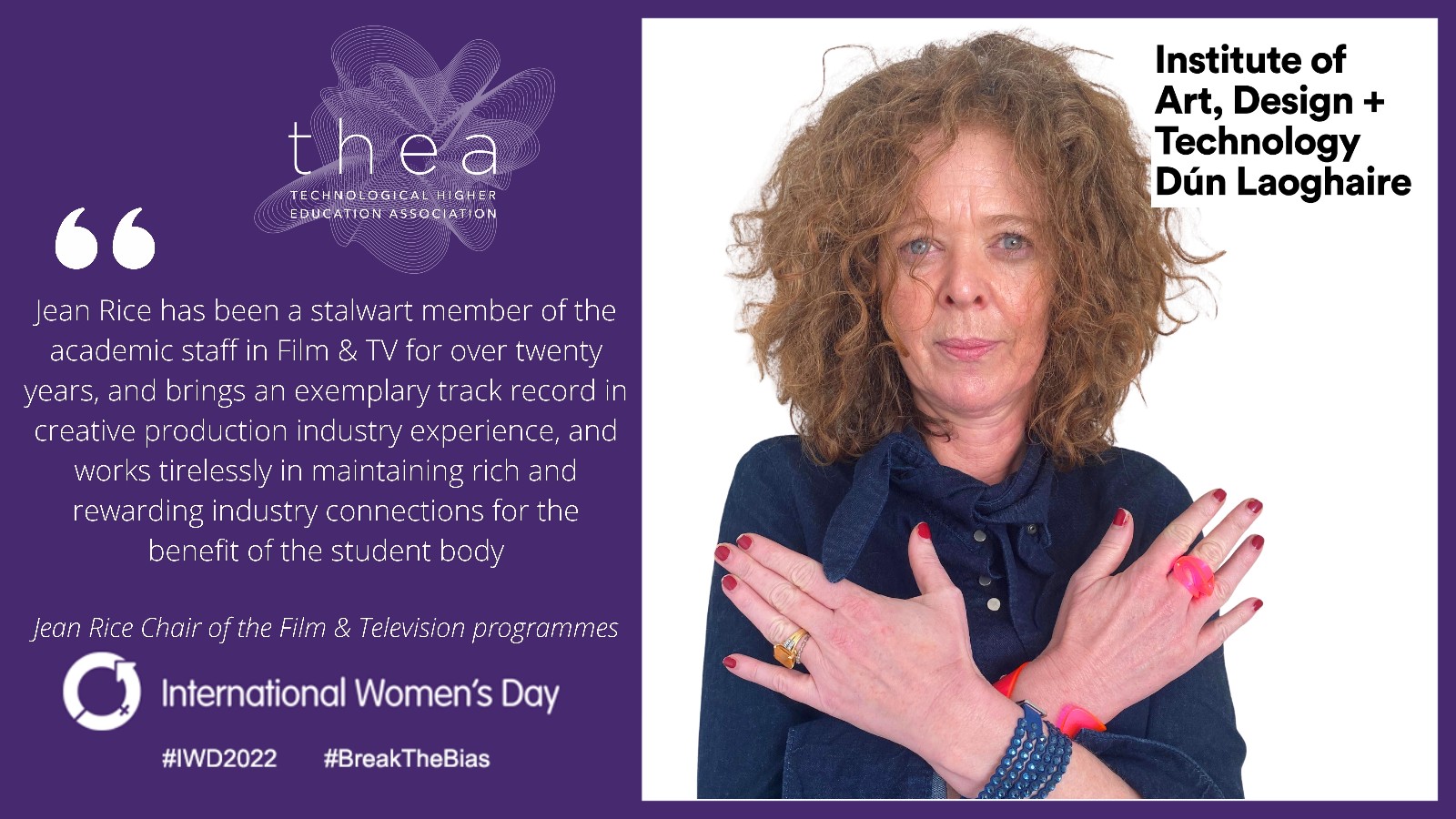 The National Film School IADT recently celebrated the appointment of Jean Rice as Chair of the Film & Television programmes.  Jean has been a stalwart member of the academic staff in Film & TV for over twenty years, and brings an exemplary track record in creative production industry experience, and works tirelessly to maintain rich and rewarding industry connections for the benefit of the student body. She has nurtured and advocated for students and graduates alike and is dedicated in her promotion of student creativity and craft excellence. Among the many brilliant initiatives Jean has spearheaded in her time, is the award-winning Young Women in Film & TV,  a series of annual workshops which focus on visual storytelling and was designed to inspire young women to consider a career in the film and television industry, delivered by all female teams of industry professionals.  Jean believes passionately that the future of film & television must be based on diversity, inclusion and gender parity.