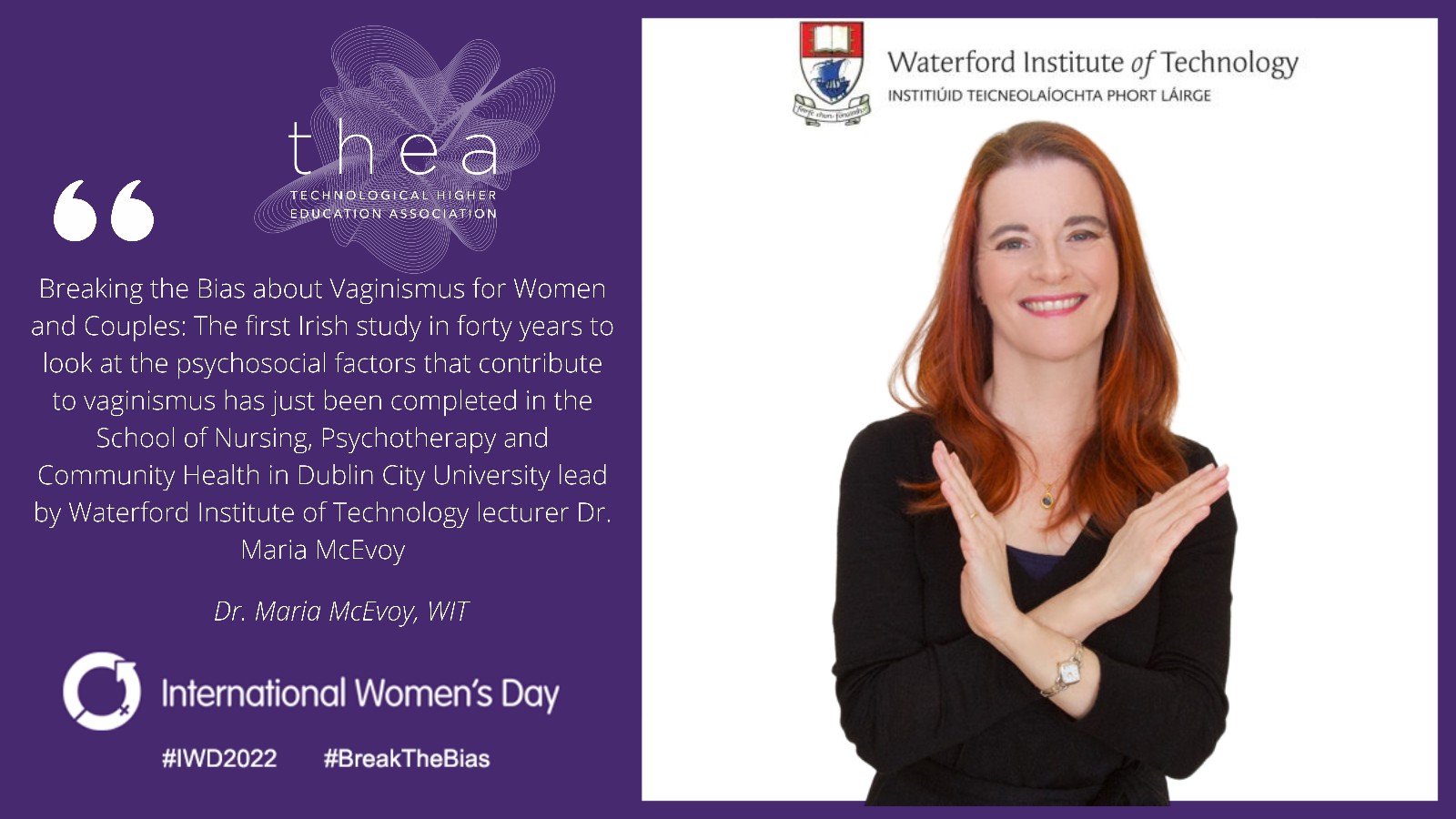 Breaking the Bias about Vaginismus for Women and Couples

The first Irish study in forty years to look at the psychosocial factors that contribute to vaginismus has just been completed in the School of Nursing, Psychotherapy and Community Health in Dublin City University, led by Waterford Institute of Technology lecturer Dr. Maria McEvoy.  Vaginismus occurs when a woman’s pelvic muscles involuntarily tighten, preventing penetrative sex. The inability to have a sexual relationship can have a profound impact on how a woman feels about herself, on her partner and on their relationship. In the past, the ultra-conservative nature of Irish society was highlighted as contributing to high rates of vaginismus but until recently little was known about what contributes to the difficulty in modern day Ireland.  The study’s findings indicate that vaginismus is still a significant concern for many Irish women and couples.

A key difficulty experienced by women and couples is the shame, stigma and misunderstandings surrounding sexual difficulties like vaginismus. Because little information is available, women with vaginismus wrongly assume that they are the only ones experiencing the difficulty which compounds the shame and stigma and prevents them from going for help. When seeking help, women and couples often experience a medical bias from health care professionals leading to the assumption that the problem is physical in nature, with only medical treatments being offered. However, understanding vaginismus as psychological and seeking psychological supports has been identified as a key turning point in its resolution. The aim of the DCU study is to raise awareness of what it is like to experience vaginismus and to seek help in modern day Ireland with the objective of raising awareness and providing accurate information about vaginismus and support services, and to reduce the stigma that surrounds this hidden problem.