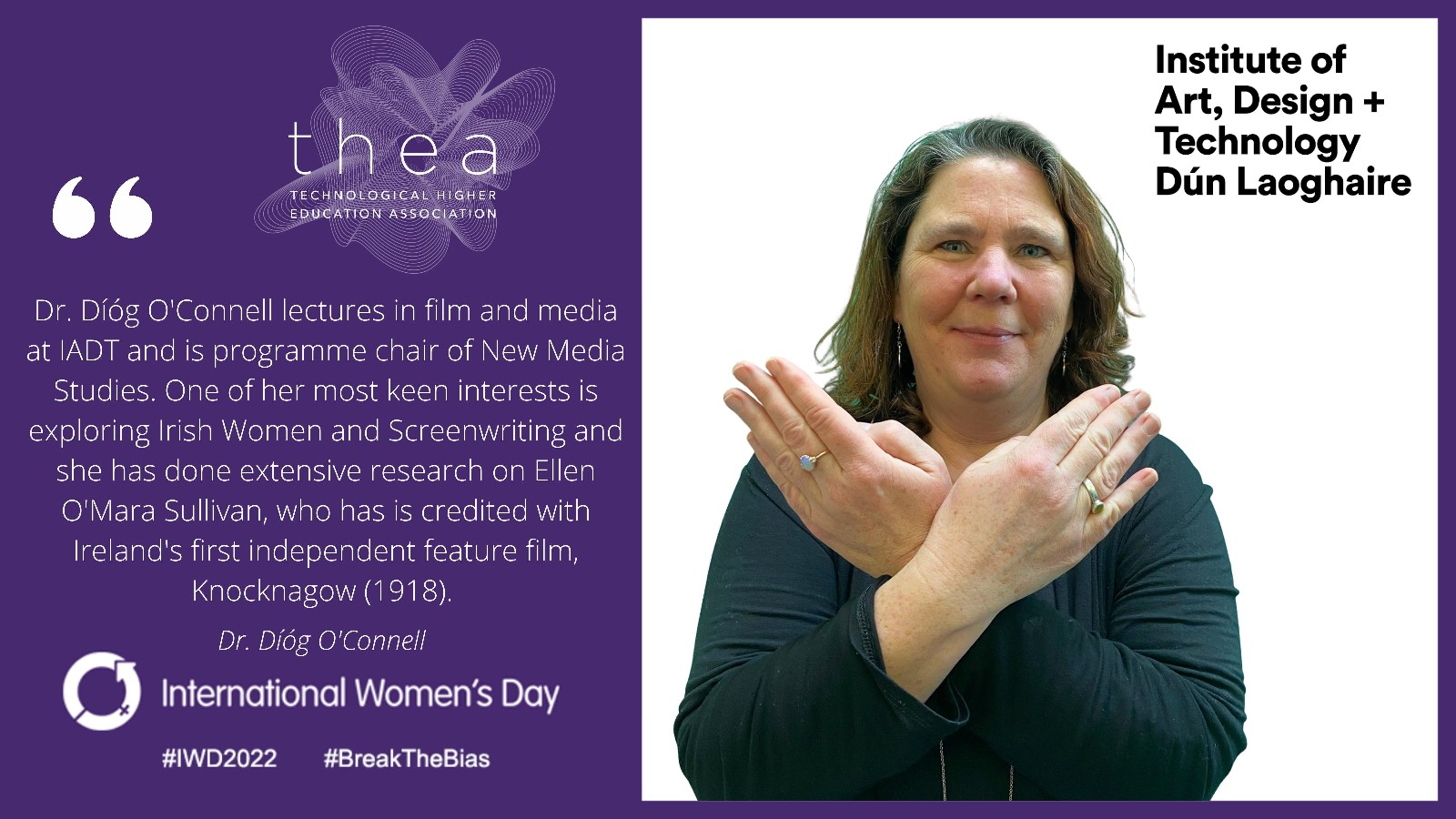 Dr. Díog O'Connell lectures in film and media at IADT and is programme chair of New Media Studies. Her research interests centre around narrative theory and practice in Irish Cinema and Television Drama. Currently she is researching in the area of Short Film, preparing a chapter for a book publication on Screenwriting, the Short Film and Pedagogical Initiatives. She has published widely in this field and is the author of three books. One of her most keen interests is exploring Irish Women and Screenwriting and she has done extensive research on Ellen O'Mara Sullivan, who is credited with Ireland's first independent feature film, Knocknagow (1918). Díóg is an Academic Lead on Creative Futures Academy and part of the academic development group for FilmMemory, an MA programme in Film Heritage for FilmEU. She is also leading the development of a new master's programme in Short Form Narratives in the Department of Humanties and Enterprise.  Díóg believes passionately that the future of film & television must be based on diversity, inclusion and gender parity.