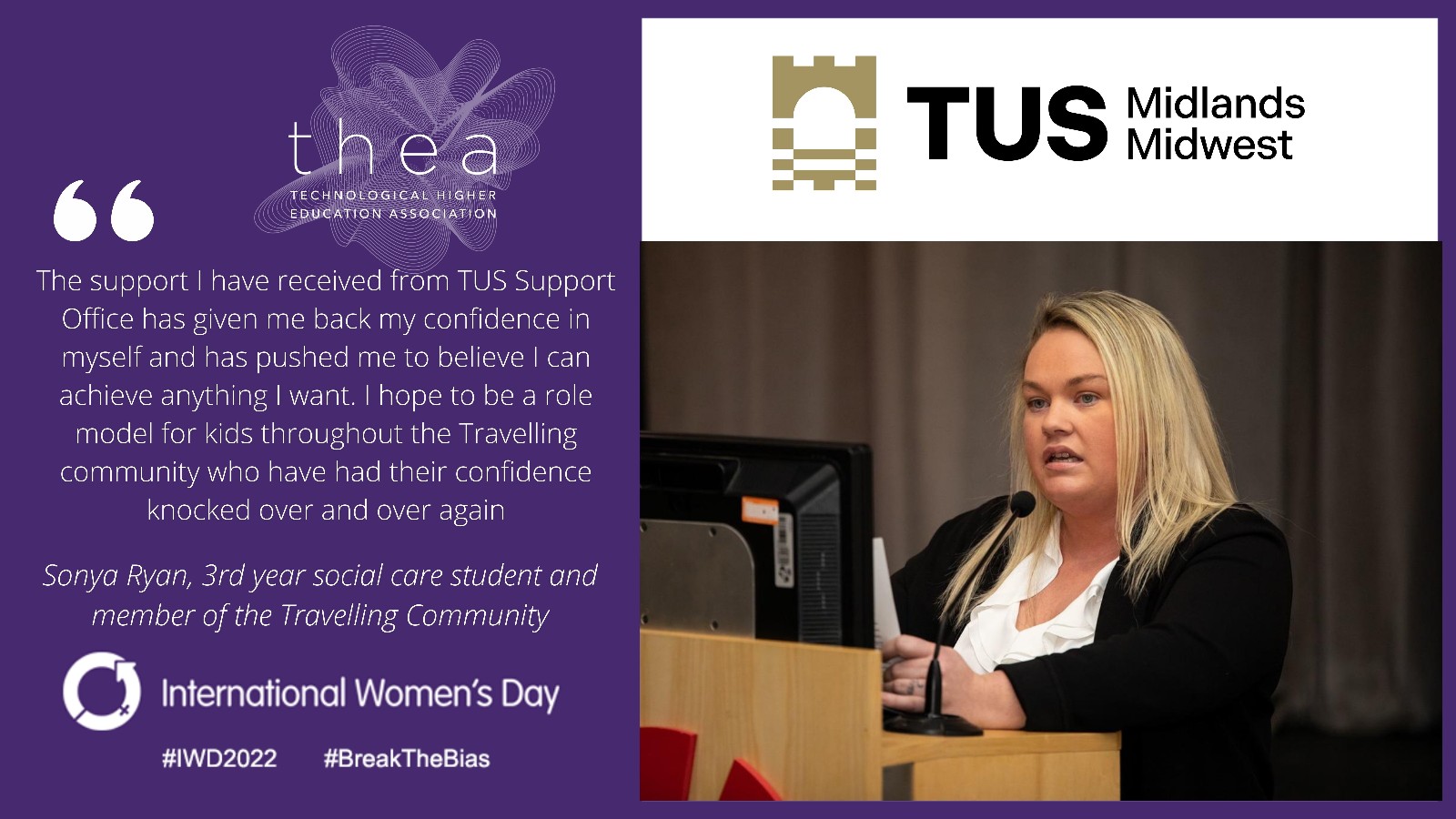 Sonya Ryan has faced numerous barriers to her education throughout her life.  Moving schools at a young age did not help and while her teachers at primary school believed in Sonya and her capabilities to go onto third level education, secondary school was not a positive experience. “As a Traveller student I was told I would only be good enough for foundation level”, Sonya explains. “At this point I had given up on education and believed I was not good enough”.

Years later when son her began primary school, the principal told Sonya she would be very capable for third level education and put her in touch with Anna Murphy in the Access Office at TUS Midwest. “After meeting with Anna I began the Transition to Higher Education Programme at TUS in 2018. Through guidance from my son’s principal and Anna I decided to apply for the Social Care Degree programme at TUS”.

“From the very start I was told about the various supports available at TUS, such as learning support and the 1916 bursary. I was able to avail of grinds for help with maths which assisted me in passing the Transition to Higher Education programme. In 2019 I began the Social Care Degree course and again availed of the learning support to help me with some modules. Being a recipient of the 1916 bursary has also helped me financially and it meant I could stay in college without any financial worries. The support I have received since first meeting with Anna has given me back my confidence in myself and has pushed me to believe I can achieve anything I want. I hope to be a role model for kids throughout the Travelling community who have had their confidence knocked over and over again”.