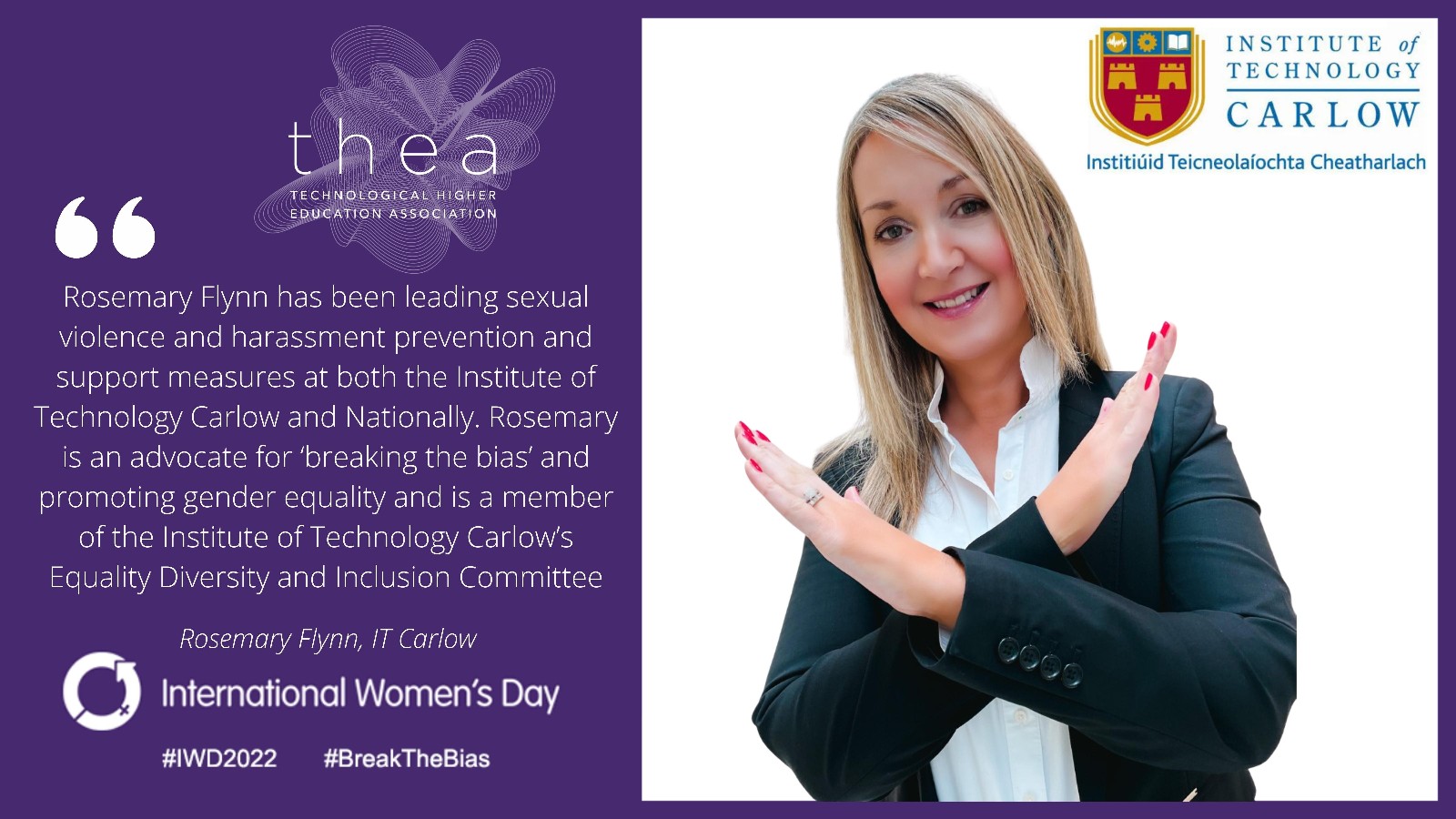 Rosemary Flynn has been leading sexual violence and harassment prevention and support measures at both the Institute of Technology Carlow and nationally in playing a lead role in the implementation of the National Consent Action Plan.

Rosemary is an advocate for ‘breaking the bias’ and promoting gender equality and is a member of IT Carlow’s Equality Diversity and Inclusion Committee.

Gender equality remains at the forefront of institutional and national priorities, and Rosemary continues to contribute to research and policy development in the area of gender and gender identity and has led on applications for EDI funded projects, such as understanding of menopause health.

Through the organisation of awareness campaigns, events and training, such as the recent Orange the World campaign Rosemary has focused awareness both institutionally and nationally on gender-based violence in highlighting supports available for people within that cycle.

Rosemary has additionally dedicated much of her career within Higher Education to date in the support of students at IT Carlow. She remains passionate about ensuring that those who face challenges are supported in overcoming barriers to facilitate their learning and has been instrumental in providing a variety of support measures for all students.