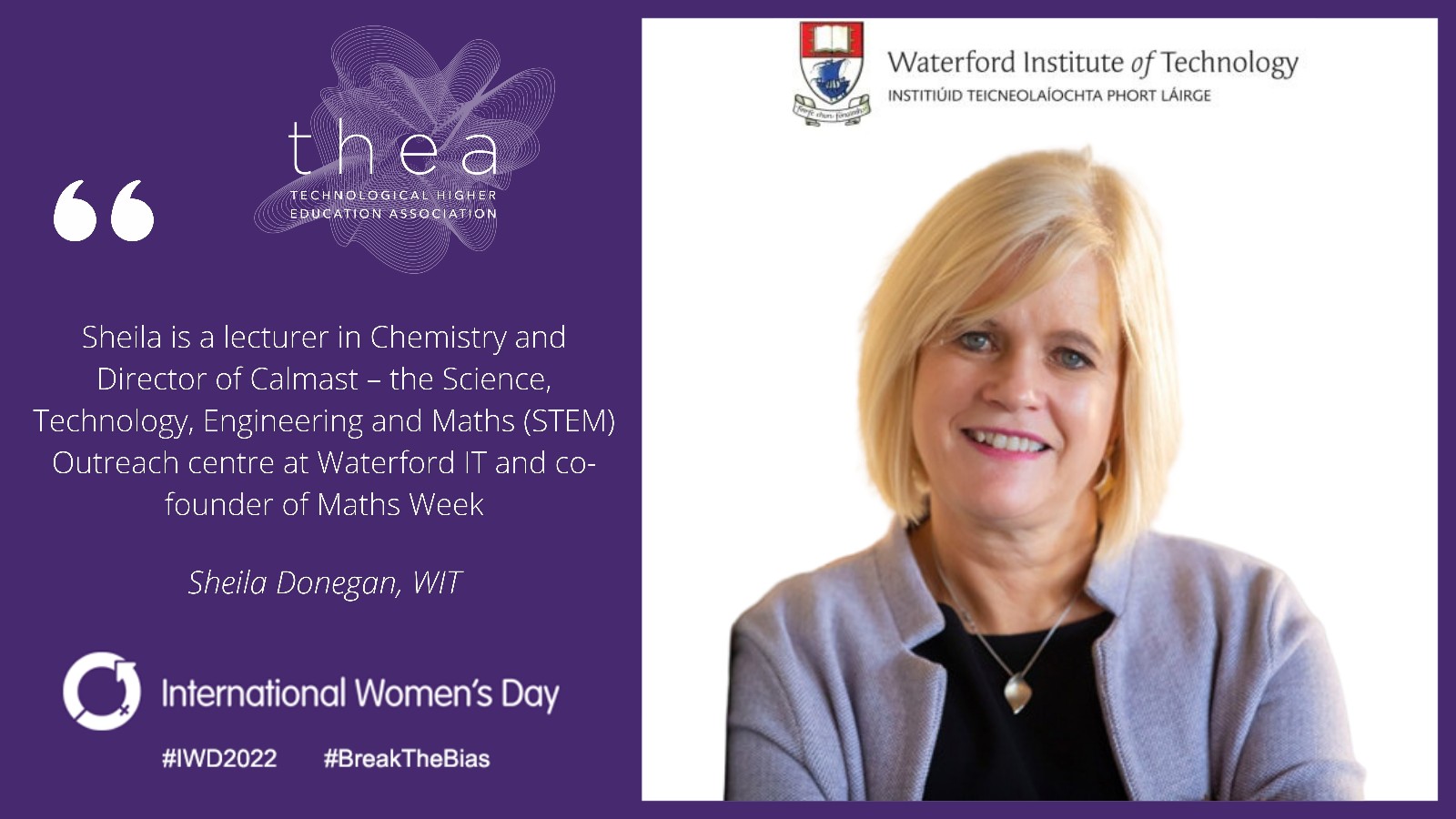 Sheila Donegan is a lecturer in Chemistry and Director of Calmast – the Science,  Technology, Engineering and Maths (STEM) Outreach centre at Waterford IT and co-founder of Maths Week. She is very active in the promotion of STEM and holds many national positions in this area. In 2007 Sheila , along with her colleague Eoin Gill were awarded the EU Descartes award for Science Communication in 2007, the highest EU award in this area. Previous winners of this award were Bill Bryson and David Attenborough.