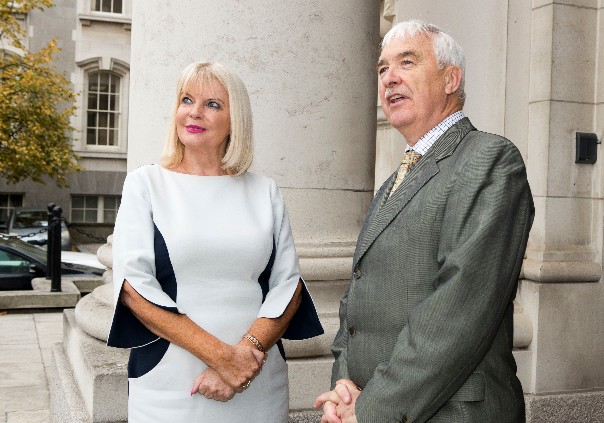 The Minister of State for Higher Education, Mary Mitchell O’Connor, T.D., today 12th October 2018 announced a further €0.8 million in funding to four Institutes of Technology as the final element of the HEA 2018 call for funding submissions in relation to the development of technological university projects and other restructuring projects in the higher education landscape.

This follows her announcement on 21 September of €11.2 million in funding allocations under the 2018 higher education landscape restructuring funding call administered by the Higher Education Authority. The majority of the projects for which funding has already been announced of €9.2million relate to the ongoing development of technological universities, with a further €2 million being allocated to prioritised Initial Teacher Education projects.

The final €0.8m allocation announced today by the Minister of State for Higher Education will fund three unique projects across four institutions which have linkages to technological university development but also strengthen collaborative regional clustering and co-operation between higher education and further education and training institutions, including on a cross-border basis, and multi-campus integration.

Minister Mitchell O’Connor said, “The Government has shown its commitment to landscape restructuring in higher education on a consistent basis and in particular to the development of technological universities. The 2018 funding, including this final tranche, is further evidence of our practical support to TU development, Initial Teacher Education and to collaboration and co-operation between Higher Education Institutions, including on a North-South basis, in the wider landscape.”

In relation to the cross-border dimension of some of the projects being funded the Minster of State said, “Two of the projects being funded have strong cross-border regional development synergies in the North-East and North-West. I am particularly pleased to say that these projects focus on the student and in opening up pathways for young people as well as those from non-traditional routes to progress through further education and training into higher education, including on a cross-border basis. The linkages and relationships that are being built in further and higher education through HEIs and FE colleges in both northerly corners of the island, are a timely reminder of the common objectives and strengths we have in building a bright future for our young people and for ensuring mutually beneficial and aligned regional development and educational policies”.

In this project Letterkenny Institute of Technology will further develop its partnership with Higher Education Institutions such as Ulster University and Further Education and Training colleges in the North-West both in the State and in Northern Ireland such as North West Regional College and Donegal Education and Training Board. The project provides for new student entry routes, co-ordinated academic plans and a matrix of course provision and mapping which will also, over time, strengthen the cross-border reach of the current Connacht Ulster Alliance technological university consortium in which Letterkenny is partnered with Galway Mayo Institute of Technology and Institute of Technology Sligo.

Minister of State Mitchell O’Connor said, “There is a strong emphasis on the “skills ladder” progression approach from Further Education and Training to Higher Education and on the opportunities afforded pre- and post-Brexit with a strong, dynamic, regional skills focus which I am very supportive of”.

Funding of €0.25 million has been allocated by the Minister of State to the project in 2018.

This project relates to multi-campus integration within Limerick Institute of Technology in Thurles as well as Clonmel and Ennis including the establishment of a dedicated personnel resource to run cross-campus and inter-disciplinary programmes to support and encourage the pursuit of PhDs and professional doctorates and to carry out PhD supervision. The project will act as an exemplar in a technological university development context with particular emphasis on the cross-culture dynamics of different educational institutions merging over time and a showcasing of the benefits of such consolidation approaches.

Minister of State Mitchell O’Connor said, “While assisting Limerick Institute of Technology to work towards the potentiality of acquiring technological university status, the project will also strengthen regional capacity and the integration of the current multi-campus LIT organisational structure”.

This project focuses on increasing postgraduate research capacity and improving staff qualifications in line with the relevant eligibility criteria set out in the Technological Universities Act 2018. In the case of Dundalk, this will also facilitate a regional landscape restructuring approach, including improving skills ladder progression pathways in the North East in a cross-border axis with HEIs and FET colleges such as Queens University Belfast, Belfast Metropolitan College and South Regional College.

Minister of State Mitchell O’Connor said, “Capacity building of both research capacity and staff qualifications will enable both institutions to advance regional collaborative approaches, including in terms of technological university development. The emphasis here is to increase the number of staff with cutting-edge technical and research based skills and on institutional research linking back into teaching excellence and the formation of more work-ready graduates with the skills required regionally and nationally in strategic industries”.

Funding of €0.5 million has been allocated by the Minister of State to the joint project in 2018.

The Higher Education Authority (HEA) invited submissions for funding support in respect of the costs arising from landscape reform as part of the implementation of the National Strategy for Higher Education to 2030 in March 2018. The total funding available under this call in the academic year 2018/2019 is €12 million. Following the Minister of State’s announcement the full funding allocations have been made and are set out under. Expenditure will be subject to ongoing monitoring, review and formal approval by the HEA.