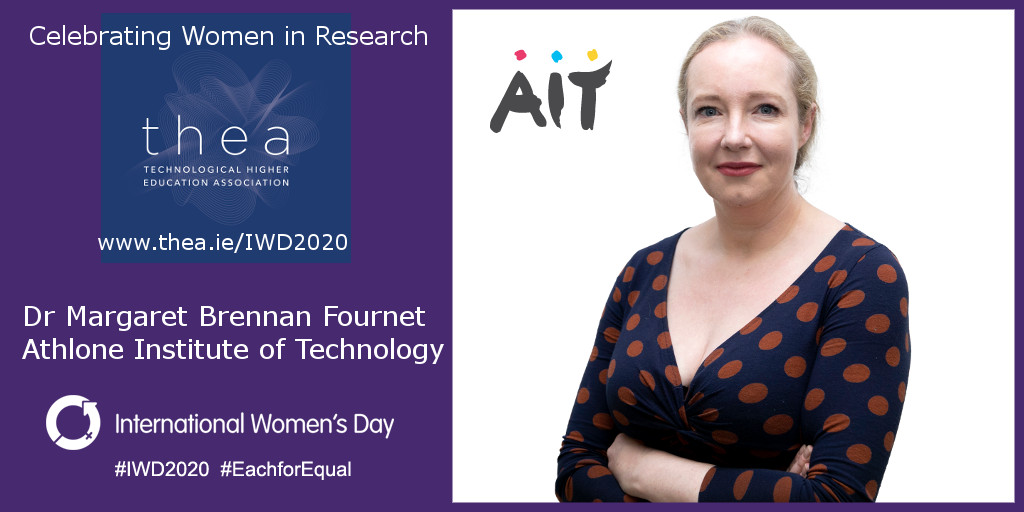 Dr. Margaret  Fournet is currently co-ordinating a new flagship EU-China Horizon 2020 project spearheading the clean-up of the global plastic waste burden. Dr. Fournet is leading a team of 15 partners spanning 9 different countries on the “BioInnovation of a Circular Economy for Plastics” (BioICEP), which is dedicated to the bioconversion of waste plastics into sustainable plastics for the future.

An experienced and Inspiring Physics Lecturer with 15 years demonstrated delivery of world-class collaborative research projects and outstanding student performances, Dr. Fournet has lectured extensively both nationally and internationally. Dr Fournet received a B.Sc. in Experimental Physics at University College Dublin, and a PhD in in the field of Nanomaterial Nonlinear Optics at the School of Physics Trinity College Dublin. On returning from a visiting fellowship at the National Laser Centre at the Australian National University, Dr. Fournet lectured and established an interdisciplinary research team at the National University of Ireland, Galway working on nanostructure plasmonics for applications in biomedical diagnostics. In 2010, she was appointed as a lecturer at the School of Physical Sciences at Dublin City University. In 2012, she took the position of Chief Technology Officer at PixinBio SAS, a spin out company from the Fresnel Institute at the CNRS (Marseille, France), developing all-electronic medical diagnostic devices. Dr. Fournet was awarded a Marie Curie Fellowship at the Department of Bioelectronics at the Ecole Nationale Supérieure des Mines de Saint-Etienne (France) in 2013 where she carried out novel integration of nanophotonics with plastic bioelectronics. In 2015, Dr. Fournet joined the Open University as an associate lecturer and in 2017 joined the Polymer Technologies team at the Athlone Institute of Technology.

The three major research strands are:

In the new era of awareness of the fragility of the natural world and the dependence of global economies and societies on environmental wellbeing, Dr Fournet is committed to working closely with consumers, industry and policy makers and fostering and implementing opportunities in the creation of new avenues to a more sustainable world.