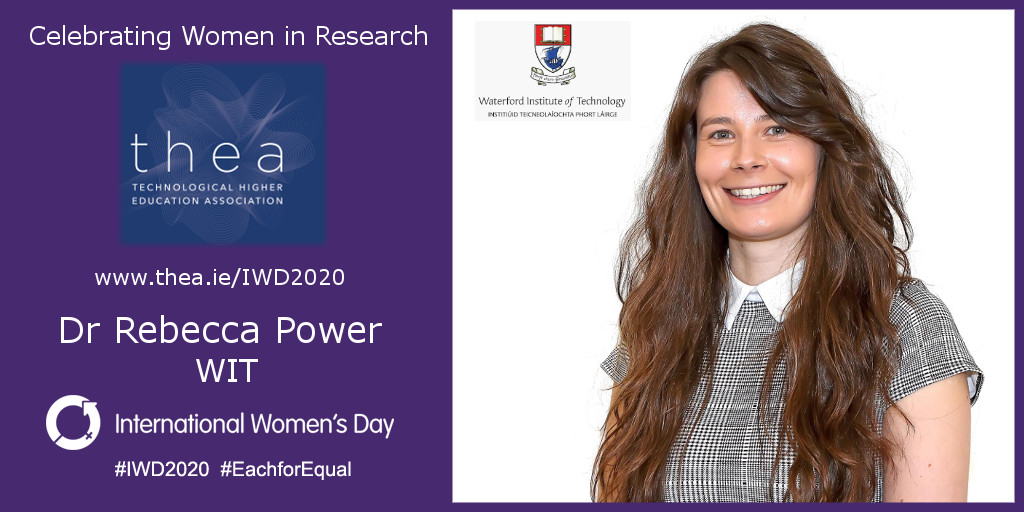 Dr Rebecca Power is a Postdoctoral Researcher at the Nutrition Research Centre Ireland (NRCI) where she is primarily responsible for the co-ordination and management of research relating to cognitive health and nutrition. She is currently involved in the re-MIND (Memory Investigation with Nutrition for Dementia) project, which is examining the impact of nutritional supplementation on the natural progression of patients with mild-moderate Alzheimer’s disease.

Rebecca recently completed her Doctoral candidacy at the NRCI where she investigated the impact of targeted nutritional supplementation (antioxidants and omega-3 fatty acids) on cognitive function in both cognitively healthy and mildly impaired individuals. Prior to undertaking her PhD she worked as a Research Technician on the European Research Council-funded Central Retinal Enrichment Supplementation Trials (CREST), which investigated the impact of nutritional enrichment on visual performance. Rebecca has also completed a Masters by Research in sedentary behaviour and physical activity and holds a Bachelor of Arts Honours Degree in Health Promotion.

In 2018, Rebecca was awarded the Early Investigator of the Year award at the Brain and Ocular Nutrition (BON) conference in Cambridge, UK, as well as the School of Health Sciences Student of the Year in Waterford Institute of Technology. She has recently been appointed as Chairperson of the Early Investigator Society, a society within the BON conference aimed to support scientists at the early stage of their research career.