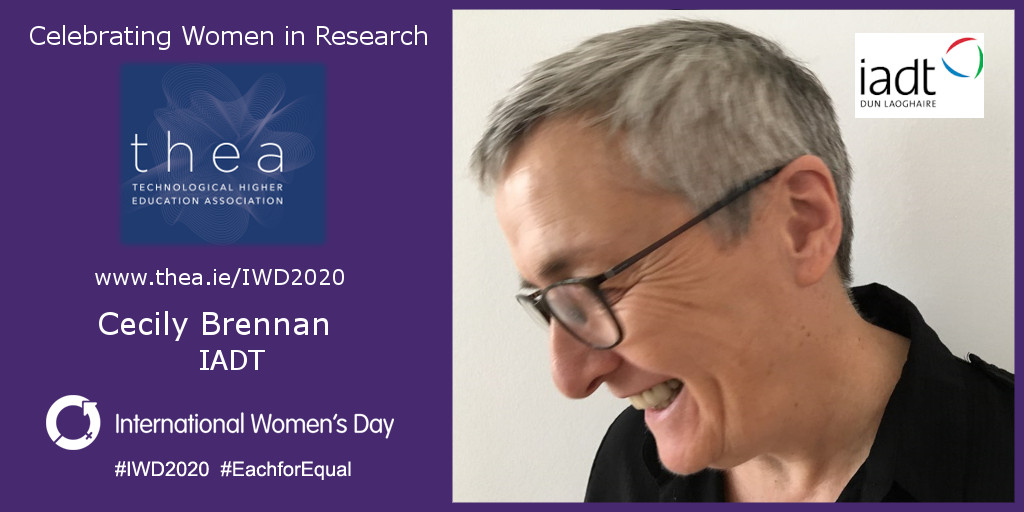 Cecily lectures on the BA (Hons) Art programme at the Institute of Art, Design and Technology, Dún Laoghaire (IADT). Moving between the mediums of video, sound, painting and sculpture, Cecily’s work is in the collections of The Arts Council of Ireland/An Chomhairle Ealaion, Irish Museum of Modern Art, Bank of Ireland, Allied Irish Bank, Office of Public Works and the Crawford Gallery, Cork, amongst others. In recognition of her contribution to the arts, in 1991 Cecily was elected to the prestigious association of Irish artists known as Aosdána.

Cecily is also a founding member of the Artists’ Campaign to Repeal the Eight Amendment which was established in 2015 to promote national and international awareness of the restrictive reproductive laws in Ireland following the insertion of the Eighth Amendment into the Irish Constitution in 1983. Cecily’s activism is reflected in some of her recent work, including the four part film Witness (2018) which documents the stories of pregnant women’s experiences under the Eight Amendment. The Artists’ Campaign made banners, posters, badges and organized art events to inspire other groups and activists to use cultural means to promote social change. Following the repeal of the Eighth Amendment by public referendum on 25th May 2018, the Artists’ Campaign banners were collected by the National Museum of Ireland and the material culture of their campaign is housed at the National Irish Visual Arts Library (NIVAL). See http://www.cecilybrennan.com/.